US Tax Compliance And Planning For US Executives, Entrepreneurs And Investors Living Outside The US – The Foreign Earned Income Exclusion

The article was first published in Global Tax Weekly, issue 156. Below is the full text of the second article in the series on US taxes for US persons living outside the US.

US Tax Compliance  And Planning For US Executives, Entrepreneurs And Investors Living Outside The US – The Foreign Earned Income Exclusion

by Stephen Flott and Flott & Co. 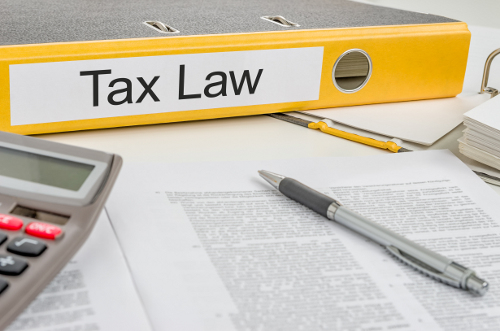 This is the second article in a series of articles on key US tax compliance and planning issues that should be considered by US executives, entrepreneurs and investors living outside the United States. This second article provides an overview of the Foreign Earned Income Exclusion and Foreign Housing Exclusion.

US Persons1 living and working abroad experience a different income tax environment than domestic US taxpayers. US Persons living and working abroad are allowed under section 911 of the Internal Revenue Code an annual exclusion from income tax up to USD100,8002 of foreign source earned income. There are several explanations for why US Persons living abroad are allowed this apparent windfall or tax break, some of which include:

Section 911 provides for an income tax exclusion, known as the Foreign Earned Income Exclusion (“FEIE”), and housing allowance for US Persons living abroad. Under section 911, a qualified individual may elect to exclude foreign earned income from income and exempt the housing cost amount from taxation for any taxable year.

Earned income includes compensation for personal services such as wages, salaries, tips, bonuses and net earnings from self-employment earnings, as well as similar types of income. Passive income such as interest, dividends, rental income or retirement income is generally not considered earned income.

In order to claim the FEIE and housing cost amount, the US Person’s tax home must be in a foreign country and qualify under one of the following requirements:

Tax home is defined as the regular or principle place of business, employment, or post of duty, which is separate from the US Person’s family residence that may still be in the United States.

Once a US Person elects to exclude foreign earned income and/or housing costs, he or she cannot receive a foreign tax credit or deduction for taxes on income that was excluded under the FEIE or the housing cost amount. It will be important for a US Person to determine whether he or she is in a better position receiving the FEIE, or receiving the foreign tax credit applicable to the foreign earned income.

Once a US Person elects the FEIE for a given year, the election remains in effect for that year and all future years, unless revoked. Once the FEIE election is revoked, the US Person cannot elect the FEIE again for a five-year period without the approval of the IRS.

US Persons may also take the housing exclusion in addition to the FEIE. To be eligible, the US Person must have paid or incurred housing expenses in the foreign country in addition to meeting the conditions required for the requirements to claim the FEIE. Eligible housing expenses include rent, utilities, real and personal property insurance, rental of furniture and accessories, repairs, and residential parking. Housing expenses do not include the costs of purchasing or making improvements to a house, mortgage interest and real estate taxes related to a house the US Person owns, purchased furniture, television costs, or domestic help. The housing cost amount equals the excess of eligible expenses incurred for the US Person’s foreign housing over a stipulated base amount, which is then prorated for the number of qualifying days in the year.

A key consideration for a US Person living abroad will be to determine whether to elect the FEIE or use foreign tax credits to offset US tax on foreign source income. A US Person who works in a low-tax jurisdiction will benefit from electing the FEIE since he or she will have little to no foreign tax credits to offset US tax on his or her earned income. For US Persons with both foreign source income and US source income, the FEIE could be elected under the right circumstances to reduce their adjusted gross income below the standard/itemized deduction and personal/dependency exemption amounts to remove any US tax liability on their US source income. Whether the US person lives in a high- or low-tax jurisdiction, the US Person will pay the higher tax rate whether it is to the country in which the US Person lives or derives his or her income, or to the US.