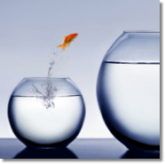 Those U.S. citizens, birthright or otherwise, who wish to set their U.S. citizenship aside for whatever reason have two options: renunciation or relinquishment.

Renunciation is exactly what the word implies.  It is a formal sworn declaration renouncing U.S.citizenship. The procedures for renunciation are well known and straightforward.  Consular Officers are generally familiar with the renunciation procedures outlined in the Department of State’s Foreign Affairs Manual (FAM).

Relinquishment, on the other hand, is more complicated, much less well understood, and not particularly well addressed directly in the FAM.  In effect, relinquishment involves formal confirmation of an expatriating act committed with the intent to set aside U.S. citizenship, after a person has turned 18 years old with. Section 349 of the Immigration and Nationality Act of 1952 (INA) contains a list of acts that are considered expatriating.

However, a series of U.S. Supreme Court decisions has ruled that simply committing these acts is not, alone, sufficient to extinguish U.S. citizenship if that was not the citizen’s intent.  In other words, a U.S.citizen can commit one or more of the expatriating action specified in the INA and not lose his or her U.S.citizenship.  Thus, the mere committing of an expatriating act is not sufficient to expatriate.  One must intend to expatriate when the act is committed.

After reading press reports about U.S. initiatives directed at citizens using foreign bank accounts to evade U.S. taxes, and new measures designed to identify U.S. citizens with foreign financial accounts, Joan is concerned that she will be considered an American citizen by the IRS. The new initiatives include significant penalties for failing to file U.S. tax returns and bank account reports.  Though believing that she has not been a U.S. citizen since July 4, 1985, Joan also knows that she has done nothing formal to “exit” her U.S. citizenship.

Renunciation can only be done by a current U.S. citizen, however, and Joan does not consider herself a U.S. citizen.  She can certainly renounce U.S. citizenship, since there is nothing to prevent her from asserting her U.S. citizenship solely for this purpose.

To renounce U.S.citizenship, one must currently be a U.S.citizen.  Renunciation can never be retrospective; it can only occur as of a date in the present.  Former U.S. citizens who committed expatriating acts with intent do, however, have the option of seeking formal confirmation of their relinquishment of their citizenship as of a date in the past.

Which option makes more sense will depend on the specific circumstances of each person, which I will write more about in my next post.

January 6, 2012US citizenship US Taxation
Stephen Flott
Is “Stock” Property Within the US?A Mountain or a Molehill?
Topics
Copyright 2015 Flott & Co. PC. | All Rights Reserved.