A Mountain or a Molehill? 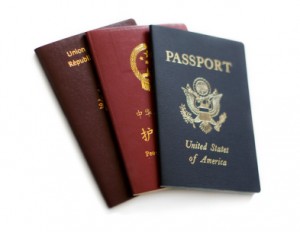 A letter (yes, an old-fashioned, sent-by-post, paper letter) arrived in my office today from an overseas lawyer seeking advice for his client.

The client was born in the United States. When he was a month old, he returned with his parents to their home country, where he has now lived for more than 40 years. This client lives, works and pays taxes in his “home” country, and carries that country’s passport.  At some point in the past – the specifics of why and how are not described in the letter – the client obtained a U.S. passport.  Apparently, this passport expired many years ago. The client has not formally renounced U.S. citizenship but, despite his brief possession of an American passport, has also never voted or filed tax returns in the United States.

My foreign colleague provided this thumbnail sketch of his client’s U.S. connection as a prelude to asking for advice on three questions:

The simple answers to these questions are: yes, yes and yes.

That said, this client may not owe any U.S. tax. First of all, the client would be entitled to exclude earned income up to $92,900 in 2011, and would be able to apply any tax paid to his “home” country on any income not covered by the earned income exclusion. Earned income means any remuneration for work, which could include consulting fees or other self-employment income. It does not include interest, dividends, capital gains or rental income. However, on those items of income, the client would be entitled to credit any foreign taxes paid to his or her home country against any U.S. tax that might be due on such income. The good news is, failure to file a U.S. tax return generates a penalty only if tax is in fact owed. Otherwise, the penalty is $100. In other words, the trick is distinguishing between a molehill and a mountain.

In addition to the tax returns this client should have been filing, he also should have been filing Foreign Bank Account Reports (FBAR’s) each year.  While failure to file those reports could theoretically have created a much more serious financial concern for the client than not filing the tax returns, as you my have read in my last post, the IRS recently confirmed the obvious in declaring that it will not penalize people who do not owe any tax and are otherwise tax compliant in their home countries.