US Taxation of International Shipping Income: Treaty Limitations on Benefits and Claiming Exemptions 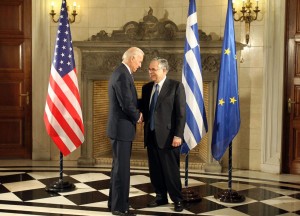 This is the fourth in a series of articles on the US taxation of shipping income, and explains treaty exemptions from the tax, what they are, how companies qualify and what must be done to comply with the filing requirements associated with the treaty exemption.

With very few exceptions (Greece is one of the exceptions), US tax treaties (and those of many other countries) contain quite extensive Limitation on Benefits clauses which are designed to do exactly what the title says, limit the benefits of the treaty.  These LOB clauses, as they are commonly referred to, range from the relatively simple to the quite complex.

For example, the US-Cyprus Tax Treaty contains a relatively simple LOB clause. A Cypriot company can only take advantage of the treaty if it is owned at least 75% by persons who are ordinary residents of Cyprus and subject to tax there on their worldwide income. Thus, most Cypriot shipowning must rely on the exchange of diplomatic notes betweenCyprusand theUS, not the treaty.  The US-UK Tax Treaty contains very complex and involved LOB clause, one provision of which precludes UK residents, who pay tax to the UK on a non-domiciliary basis, from using the treaty and disqualifies any UK company controlled by such persons, except to the extent that the company carries on an active, substantial business in the UK.

The LOB clauses in several US tax treaties with European countries contain “derivative benefits provisions” which essentially relax the requirement that legal entities organized in a specific country must be owned or controlled by residents of that country.  In effect, companies organized in a treaty country can use that country’s treaty as long as they are controlled by persons who are bona fide residents of the European Union or the European Economic Area.  For example, under the new Malta-US Tax Treaty, Maltese shipowning companies owned by persons who reside outside Malta, but within the EU or EEA, can under certain conditions take advantage of the US-Malta treaty.  Obviously, there is not enough time in this short article to cover all of the key issues associated with treaty exemptions.  However, it should be clear that each treaty exemption needs to be examined to make sure it applies.

Companies that are using a tax treaty to claim exemption from the Section 887 tax must file a US tax return on Form 1120-F and include a Form 8833, Treaty Based Return Position Disclosure.  The Form 8833 must identify the specific article in the relevant treaty that is being relied on to overrule or modify Section 887.  It must also identify the provision of the LOB clause in the treaty that allow the company to avoid the LOB clause and provide a brief summary of the facts on which the company relies to support its position.  Lastly, the company must identify the nature of the income for which it is claiming treaty benefits and provide the amount (or a reasonable estimate) of that income for the tax year.