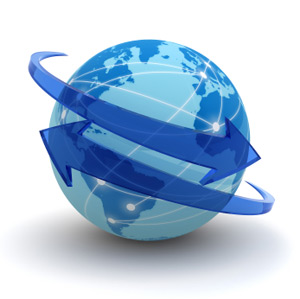 This is the sixth in a series of articles on the US taxation of shipping income, and continues the explanation of exemptions from the tax available pursuant to Section 883.

Future articles will cover the “look through” rule and what must be done to comply with the filing requirements associated with these exemptions.

The tax on USSGTI may be avoided, using one of two avenues: a reciprocal exemption provided for in Section 883 of the US Internal Revenue Code or the provisions of a US tax treaty. The second article in the series discusses treaty exemptions. This article deals solely with exemptions available under Section 883.

To clear the first step, the company earning USSGTI must be incorporated in a jurisdiction that extends an equivalent exemption to companies organized in the United States. If it is not, the second step is irrelevant; that company does not qualify for exemption under Section 883.

Some countries extend an “equivalent exemption” within the meaning of Section 883 when they do not tax the international shipping income of companies organized in the US. They can do this by an exchange of diplomatic notes with the United States explicitly exempting such income – generally called Transportation Agreements.

Countries can also extend an equivalent exemption if they do not tax income from international shipping arising from sources within their countries. Section 883 sets out an objective test in this regard which is not dependent upon approval from the IRS. A company that wants to claim exemption under Section 883 based on the domestic law of the jurisdiction in which it is incorporated need only prove that the domestic law of that country does not tax income from international shipping.

Table I of IRS Revenue Ruling 2008-17 lists countries which have exchanged diplomatic notes with the United States (Part A) and those which the IRS has determined extend an equivalent exemption under Section 883 based on their domestic laws (Part B).

Part A of Table I identifies the year in which each Transportation Agreement became effective and the types of income that it covers. The footnotes are important as they alert the reader to limitations that may exist in the scope of an exemption. For example, the Belgium and Pakistan Transportation Agreements do not cover bareboat hire. The Chilean, Indian, Malaysian, Peruvian, Swedish and Venezuelan agreements exempt bareboat income only if it is incidental to operating income.

Except for Chile and Peru countries that appear in Part A do not appear in Part B of Table I. Chile’s Transportation Agreement covers only aircraft income because its domestic law exempts shipping income. Peru’s Transportation Agreement covers only shipping income because its domestic law exempts aircraft income.

Belgium, Cyprus, Denmark, Finland, Greece, India, Japan, Luxembourg, Norway, Pakistan, Sweden and Venezuela have both a Transportation Agreement and a tax treaty with the US. As a result, companies organized in these countries can claim exemption from tax either under the applicable tax treaty or Section 883. However, they must meet all of the requirements applicable to whichever exemption they select and must do so for all items of income. That is, a company organized in Japan cannot use the treaty for one item of income and the Transportation Agreement for others.

Barbados, Israel, the Netherlands, Spain and Turkey have tax treaties with the United States and have been found to qualify for an equivalent exemption under Section 883 based on their domestic laws. Companies organized in these countries can also choose which exemption to claim, but must meet the requirements applicable to the one they select and cannot “pick and choose” items of income from each exemption. They must select one option or the other for all items of USSGTI.

Once past step one, as outlined above, a company seeking exemption under Section 883 must move to step two, which involves application of something called the “look through” rule. This aptly named rule refers to the statutory mandate that all legal persons (corporations, trusts, limited liability companies, partnerships, etc.) be ignored until we reach the physical person or persons who ultimately control the company seeking exemption under Section 883. That person or those persons must qualify based on the country of his or their residence.

The next article will explain the “look through” rule.