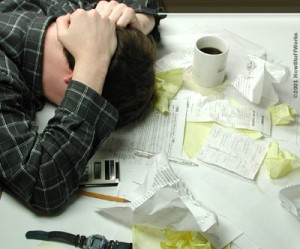 Apropos being an accidental American, last week the Internal Revenue Service published a “Fact Sheet”  which attempts to calm the waters upset by the widespread non-filing of US tax returns and foreign bank account reports by U.S. citizens.

Quite frankly, there is very little in the Fact Sheet that is either surprising or new.  Nonetheless, it is a welcome indication that the IRS understands that a policy of overheated rhetoric about offshore tax cheating has created great uncertainty and fear among many non-compliant U.S. citizens. Furthermore, most of these people have never been in danger of suffering from the draconian penalties for non-compliance that have been reported in the press.

The two offshore voluntary disclosure initiatives (2009 and 2011), called OVDI I & II for short, were crafted to make offers “too good to refuse” to genuine tax criminals or serious tax evaders. The targets of these OVDI’s were people, most of whom live in the United States, who deliberately directed taxable income from sources in the United States to secret offshore bank accounts with the help of international bankers. Many opened accounts in these same banks to hide assets and the income they generated from U.S. taxation, in an attempt to avoid paying lawful tax on it.

Tracking down cheats like theseis both admirable and worthwhile.  Indeed, it is to be applauded by those of us who lack the kind of income or gall to pursue such brazen tax evasion. Sure, everyone is tempted to cheat a little around the edges, but most of these people were knowingly concealing millions in income and major league assets overseas.  Last Thursday, at a luncheon address in Washington, DC, the IRS Commissioner reported that the Service has collected more than $4 billion (yep, that’s a “b”) in taxes, interest and penalties from participants in the OVDI.   To put that tax cheating in perspective, $4 billion has been collected from fewer than 33,000 taxpayers – an average of about $120,000 each. Lost revenue from such evaders ultimately comes out of the average, law-abiding tax payer’s pocket.

Yet, as I pointed out in a letter to the Commissioner in early 2009, the vast majority of non-compliant U.S. citizens, especially those living overseas, were probably unaware of the requirement to file tax returns or bank account reports. These people were hardly “tax cheats”, and certainly a far cry from the cheating millionaires the laws are intended to penalize.  Although dated now, the letter can be read here.

If you are an American citizen, you have annual tax filing and bank account reporting obligations regardless of where you live. Within the 2011 tax year, you will have yet another asset reporting obligation if you own certain assets overseas worth more than $50,000.  I would venture to say that upwards of 95% of those U.S. citizens who have foreign bank accounts or live overseas were never in danger of any genuine problem with the IRS.  If they filed their returns and their bank account reports, the Service would process them without comment in the vast majority of cases.

If you are an accidental American and do not now or have not for some time considered yourself an American, the Fact Sheet is of no help. You have to take action to ensure that your status as a former American is documented. Otherwise, the default position of U.S. birthright citizenship sweeps you up in the U.S.citizen category.

If you are and want to remain a U.S. citizen, it is time that you got yourself up to date with your U.S. tax and account reporting obligations.  Most of the people reading this can do so without any fear that they are going to be heavily penalized by the IRS.  You should take care and seek good advice on how to do this, but doing it is not likely to result in undue financial cost.  Please make sure you consult a lawyer.  Do not rely solely on an accountant, especially one who is not familiar with U.S.citizens residing outside the country.