A Caveat for Renunciation 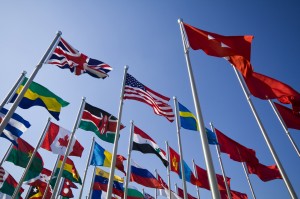 Whether or not one is up-to-date in their U.S. tax and reporting obligations, renunciation of U.S. citizenship may be the most sensible option in some cases.  Someone who is not current can simply get themselves into compliance before beginning the renunciation process.  Depending upon an individual’s income and tax situation, getting caught up on six years worth of tax filings may not be as big deal as you would think.

However, the renunciation route does have some pot holes, one of the potentially biggest of which is Section 877A of the Internal Revenue Code (“the Code”).  The Code has included an alternative tax regime for U.S. citizens who were considered to have expatriated primarily for tax avoidance reasons since Congress added Section 877 to the Code in 1966.  However, this section was not very effective, because U.S. citizens who had committed expatriating acts were not required to report them.  They could leave their citizenship behind quietly and simply cease to file U.S. tax returns upon their naturalization in another country.  There was no obligation under U.S. law for a citizen to apply for confirmation of loss of citizenship, and no requirement to notify the IRS that one had expatriated.

In 1996, Congress addressed this weakness in Section 887 by passing  the Health Insurance Portability and Accountability Act of 1996 (“HIPAA”).  HIPAA added long term U.S. residents (green card holders) to the list of persons covered by Section 877,  expanded the definitional scope of U.S. source income, and added a requirement that an individual report his or her expatriation to the IRS by filing a Form 8854.  Furthermore, the law required the State Department to provide the IRS with a copy of each certificate of loss of nationality (CLN) it approved.  The IRS was directed to publish the name of expatriating individuals in the Federal Register.

Individuals with high income or substantial net worth were assumed to be expatriating for tax avoidance reasons, unless they were able to obtain a ruling from the IRS within one year of expatriation that they were legitimately leaving their citizenship behind for other reasons.

Even with the changes added by HIPAA, the avenue of quiet relinquishment has continued to exist. A person who had committed an expatriating act with requisite intent is not required to announce it to the IRS or the State Department. They could wait out the ten year period provided by Section 877.  Congress took further action in 2004 when the American Job Creation Act (“AJCA”) added a provision that essentially says a U.S. citizen remains a U.S. citizen for tax purposes until that person gives formal notice to the State Department and to the IRS.

AJCA also eliminated the presumption of tax avoidance and the letter ruling procedure in favor of an objective income tax liability and net asset test. This test determines which individuals would be liable to the ten year alternative tax regime.  Lastly, AJCA required the filing of a Form 8854 every year during which the formerU.S.citizen was subject to 877.

AJCA introduced an exception to the ten year alternative tax regime of Section 877 for persons who were dual nationals at birth and certified that they were tax compliant for five years preceding their expatriation.

Lastly, in the oddly named Heroes Earnings Assistance and Relief Tax Act of 2008 (‘HEART”), Congress added Section 877A. This replaces the ten year alternative tax regime of Section 877 with a “mark-to-market” exit tax.  Using the same income tax liability and net asset test as applied to Section 877, Section 877A imposes an income tax on the net unrealized value of an expatriate’s property, assuming it was sold for its fair market value as of the date of expatriation.  HEART retained the idea of an exemption from the “exit” tax for persons who were dual nationals at birth.

Thus, a person who at birth:

only has to file Form 8854 and is not subject to the mark-to-market exit tax.

It sounds pretty complicated because it is, unfortunately.  The first step people considering renouncing U.S. citizenship should do is evaluate the impact of Section 877A and assess whether or not they qualify for exemption as dual nationals at birth. They should also determine if their income tax liability or the net value of their assets is below those set out in the Section.  If either of those situations applies, renunciation is clearly the best route forward to terminate U.S.citizenship.  Of course, if a person is not compliant with their U.S. tax filing and reporting obligations, that should be attended to first and foremost before commencing the renunciation process.

January 27, 2012US citizenship
Stephen Flott
What “Debt Obligation” is Property within the US?Are “Works of Art” Property Within the US?
Topics
Copyright 2015 Flott & Co. PC. | All Rights Reserved.