US Taxation of International Shipping Income: TRA86 and Treaty Exemptions 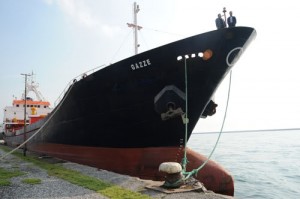 This is the third in a series of articles on the US taxation of shipping income, and explains treaty exemptions from the tax, what they are, how companies qualify and what must be done to comply with the filing requirements associated with the treaty exemption.

As the first two articles in this series explained, the Tax Reform Act of 1986 (“TRA86”) substantially altered the US taxation of international shipping income.  It changed the “source” rules for international shipping income, (1) deeming 50% of such income to be “US source”; (2) imposing a 4% tax on that income; and (3) creating an exemption regime that permits foreign corporations that meet certain criteria to claim exemption from tax.

Foreign companies earn USSGTI when they receive any form of hire (bareboat, time charter, voyage charter/freight) for the use of a vessel, which transports cargo to or from theUnited States.  The only parties not subject to the US tax are those who pay the ultimate freight bill.

The tax imposed by Section 887 on USSGTI may be avoided, using one of two avenues: the reciprocal exemption provided for in Section 883 of the US Internal Revenue Code or the provisions of a US tax treaty.  These articles will deal solely with exemptions available under US tax treaties.  A list of countries which have tax treaties with the United States can be found in IRS Revenue Ruling 2008-17. Only those countries which are listed in Part II of Revenue Ruling 2008-17  have treaties that can be used to claim exemption from the Section 887 tax.  There are other international agreements that exist between the United States and foreign countries, but only those that are considered “comprehensive tax treaties” qualify.  Diplomatic notes exchanged between the United States and other countries or agreements regarding information exchanges are not treaties.

Treaties contain different requirements depending upon the specific negotiations between the United States and the partner country.  For example, the US-Greece tax treaty requires that a Greek company seeking to use Article 5 (Transportation Income) to escape the Section 887 tax must be organized in Greece and its vessel must fly the Greek flag.  A Greek corporation that owns a vessel that does not fly the Greek flag does not qualify for treaty benefits.  Non-Greek companies, owned by Greek nationals resident in Greece, whose vessels fly the Greek flag, do not qualify for treaty benefits because they are not organized in Greece.

Each tax treaty is the product of a bilateral negotiation between the United States and its treaty partner, and is intended to benefit persons who are subjects of the contracting countries, not those of third countries.  Individual citizens and residents of a country are generally easy to identify and separate from citizens and residents of third countries.  In a globalized word, it is far less straightforward to identify the “true identity” of legal persons.  Thus, one of the primary objectives of modern treaty negotiators is to prevent “treaty shopping”, that is, the use of a treaty by persons who are residents of third countries.

January 16, 2012Shipping Taxation US Taxation
The Associates at Flott & Co PC
A Good Start: Eliminating the Country-Cap on Employment Based ImmigrationIs “Stock” Property Within the US?
Topics
Copyright 2015 Flott & Co. PC. | All Rights Reserved.