US Tax Compliance And Planning For US Executives, Entrepreneurs And Investors Living Outside The US – FBAR

The article was first published in Global Tax Weekly, issue 163. Below is the full text of the fifth article in the series on US taxes for US persons living outside the US.

US Tax Compliance And Planning For US Executives, Entrepreneurs And Investors Living Outside The US – FBAR

This is the fifth article in a series of articles on key US tax compliance and planning issues that should be considered by US executives, entrepreneurs and investors living outside the United States. This article provides an overview of the Report of Foreign Bank and Financial Accounts.

The Foreign Bank and Financial Accounts Report (“FBAR”) has been in existence since the US Congress enacted the Financial Recordkeeping and Reporting of Currency and Foreign Transactions Act (31 USC 5311), commonly referred to as the “Bank Secrecy Act” (“BSA”). It was intended to place the onus for reporting bank and other financial accounts held in banks outside the United States on individuals because the US Government could not obtain information on these bank accounts through bilateral information exchange agreements with so called bank secrecy jurisdictions, of which there were many. Of course, access to that information was even harder to obtain when no information exchange agreements existed. 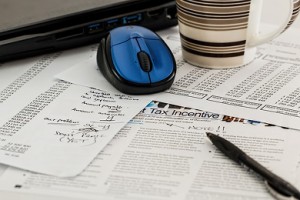 Although an annual filing requirement for US persons has existed since 1971, the IRS more or less ignored it at least in terms of enforcement until 2008, when the now famous UBS scandal broke. The Treasury Department and the Internal Revenue Service (“IRS”) reacted by dusting off the long overlooked FBAR filing requirement, primarily because of the BSA’s horrendous penalty regime, and used the threat of those penalties (civil and criminal) to encourage those who were hiding money overseas to avoid US taxation (a practice the UBS scandal revealed in some detail) to come into compliance voluntarily or else face the stiff monetary and criminal penalties.

Of course, like many things that governments do, the ramped up attention to FBAR filings aimed rightly at a small group of tax cheats, who were knowingly using foreign bank accounts to evade US tax, also caught a significantly larger group of innocent, otherwise law-abiding taxpayers in its net, especially those who happened to be US citizens living outside the United States.

Although the FBAR enforcement initiative started in late 2008, it has received a lot more press in recent months as a result of the passage of the Foreign Account Tax Compliance Act (“FATCA”)1 because, as will be explained in a future article, FATCA requires foreign financial institutions to report accounts of US persons to the IRS either directly or through their governments. FATCA is what has dramatically changed the awareness of the FBAR filing requirement.

The BSA requires every US person to report annually all of his or her bank and certain other financial accounts held at financial institutions located outside the US on an FBAR if the aggregate value of all such accounts exceeds the equivalent of USD10,000 – the amount has not been adjusted for inflation since 1970 – at any time during a tax year.

Failure to file an FBAR on time carries potentially severe penalties. The “willful” civil penalty can reach the greater of USD100,000 or 50 percent of the high balance in the account for each year in which the account is not reported. The FBAR has a six-year statute of limitations, meaning the IRS can assert a penalty for each account not reported in each year going back to 2009.2 A Florida resident was assessed civil penalties equal to 150 percent of the balance of his account even though this exceeded the actual account balance.

The “non-willful” penalty of USD10,000 per unreported account per year could mean a penalty of USD60,000 for each account, even those with modest high balances. It needs to be pointed out that the IRS is not assessing non-willful penalties when the person filing a late FBAR comes forward voluntarily and reports the required accounts. As a practical matter, now that foreign financial institutions are required to report their US account holders to the US Government in one form or another, the likelihood that US persons with overseas accounts will remain unknown to the IRS is sharply diminished. Indeed, FBAR filings have been rising steadily from around 280,000 in 2005 to over one million in the 2014 calendar year. The BSA provides that the Secretary of the Treasury “shall require a resident or citizen of the United States or a person in, and doing business in, the United States, to keep records, file reports, or keep records and file reports, when the … person makes a transaction or maintains a relation for any person with a foreign financial agency”.3

Over the years, both Congress and the IRS have extended the FBAR information reporting requirements of taxpayers, both at home and abroad. This information has served and continues to serve to prevent money laundering and terrorist financing, with the requirements becoming more actively enforced after September 11, 2001.

US persons must disclose any financial interest in, signature authority over, or other authority over foreign financial accounts if the aggregate high value of all of their accounts exceeds the equivalent of USD10,000 at any time during a calendar year. The information is reported on FinCEN Form 114,4 otherwise known as an FBAR. As of July 1, 2013, the Department of the Treasury mandated that all FBARs be filed electronically through FinCEN’s BSA E-Filing System.5

A foreign financial account is an account located outside the United States.6 Accounts maintained within a branch of a US bank physically located abroad are foreign accounts. The reportable accounts are bank accounts, such as savings and checking accounts, securities accounts, and insurance or annuity policies with a cash value. Financial accounts also include mutual funds or similar pooled funds if they issue shares available to the general public with a regular net asset value determination and regular redemptions.7

For purposes of the FBAR, a US person includes a US citizen, US resident,8 all forms of domestic business entities including US corporations and partnerships, and trusts and estates formed under the laws of any state of the United States. US citizens who reside outside the US are required to file FBARs if the reporting requirements are met.

A US person has a financial interest in an account if the person is the owner or titleholder of the account. It is important to note that a US person has an obligation to report a foreign account even if it does not generate any taxable income.

This particular requirement has potentially adverse effects for US persons who are employed in senior financial positions with foreign companies overseas, because US person employees are required to report their employers’ bank accounts, at least those over which they have signature authority. This requirement and the FBAR/FATCA reporting was referred to by one executive of an international company in South Korea as the non-US executive hiring act – the implication being that when an international company located outside the US has a choice between hiring a US citizen or non-US person for an executive role, it is likely to hire the non-US person.

A financial interest in foreign accounts can arise through ownership of foreign entities, a corporation in which the US person owns (directly or indirectly) more than 50 percent (by vote or value) of the stock in the corporation, or a partnership in which the US person has more than a 50 percent profits or capital interest (or an entity treated as a partnership). For example, a US person resides in Germany and owns more than 50 percent of stock of the German corporation. The corporation maintains bank accounts in Germany. The US person has an FBAR reporting obligation with respect to the accounts of the German corporation. A US person holding a power of attorney granting them signature authority over an offshore account has to report the account on an FBAR, even if they did not utilize their signature authority.

The maximum value of the foreign account is the highest value of the account during the reporting year. The IRS has stated that it is reasonable to rely on periodic statements to provide the maximum balance for each account; in other words, the US person is not required to monitor the account for every second of the year to determine the maximum balance. The exchange rate for converting the currency into US dollars is the rate established by the Treasury Financial Management Service on the last day of the calendar year.

Double reporting results when US persons transfer funds from one foreign account to another within the year. For example, when USD25,000 in local currency is moved between two accounts within the same year, each account will report a high balance of USD25,000, making it appear as if the person has the equivalent of USD50,000. It is important for US persons to keep in mind that the FBAR cannot be used to determine their “wealth” for the very reason that every account is reported regardless of movements between or among accounts.

The recently enacted Surface Transportation and Veterans Health Care Choice Improvement Act of 2015 changes the FBAR due date to April 15 beginning with the 2016 calendar year – that is, the FBAR filing deadline for 2016 will be April 15, 2017. The FBAR deadline for calendar year 2015 remains June 30, 2016. Supporting records for FBAR accounts must be maintained for five years.

It is not illegal for US persons to own foreign financial accounts, but it is important that they correctly and in a timely manner report these accounts on an FBAR to avoid potentially significant penalties.

1The Foreign Account Tax Compliance Act will be discussed in greater detail in the next article of this series.

2The BSA has a hard six-year statute of limitations. An FBAR must be filed by June 30 of the year following the tax year for which it is required. Thus, the 2009 FBAR should have been filed on or before June 30, 2010. The six-year statute will run on that FBAR on July 1, 2016.

6For FBAR purposes, the United States includes the States, the District of Columbia, all US territories and possessions, and the Indian lands.

8A person who meets the green card test (“GCT” – see https://www.irs.gov/Individuals/International-Taxpayers/ Alien-Residency—Green-Card-Test) or the substantial presence test (“SPT” – see https://www.irs. gov/Individuals/International-Taxpayers/Substantial- Presence-Test) is a US person even if they are not a permanent resident, as are those who make the first-year election. The first-year election is used by nonresident alien individuals who arrive in the US after the midway-point of the tax year and do not obtain a green card in that year, but do qualify as a resident alien in the following year under the SPT. Because these individuals do not meet either the SPT or the GCT, they ordinarily are not considered US resident aliens for the tax year in which they arrive. By making the first-year election, however, these individuals may be considered US resident aliens for at least part of the tax year, as opposed to being considered a nonresident alien for the entire taxable year.

11The IRS adopted several advantageous filing “procedures” generally labeled “Streamlined Filing Procedures.” These will be discussed in a separate article later in the series.