Section 883 Exemptions – the “Look Through” Rule 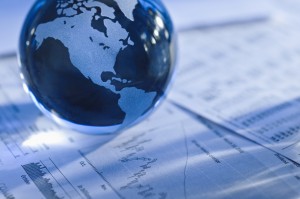 This seventh in a series of articles on the US taxation of shipping income explains the “look through” rule that applies to exemptions from the tax available pursuant to Section 883.  The next article will explain what must be done to comply with the filing requirements associated with Section 883 exemptions.

The tax on USSGTI may be avoided, using one of two avenues: a reciprocal exemption provided for in Section 883 of the US Internal Revenue Code or the provisions of a US tax treaty. We have discussed treaty exemptions, and our last article began the explanation of the exemptions available under Section 883.  This article describes the “look through” rule that applies to all Section 883 exemptions.

As explained earlier, Section 883 sets out a two step qualification process.  The first step relates to the country in which the registered owner of the vessel and its charterers that earn USSGTI are organized.  Assuming the company with USSGTI meets the requirement of the first step – i.e., it is organized in a “qualified foreign country” –, it must demonstrate that it is controlled by qualified shareholders.

Section 883 mandates that legal entities (e.g., corporations, trusts, limited liability companies, partnerships, etc.) be ignored.  Ownership must be traced to the physical person or persons who ultimately control the company that seeks exemption under Section 883.  With a very few exceptions, only human beings can be what the Section 883 Regulations call “qualified shareholders” also referred to as ultimate beneficial owners or UBO.

To be a qualified shareholder a UBO must “reside” in a country which extends an equivalent exemption.  The Section 883 Regulations refers to these as “qualified countries”.   The countries listed in Revenue Ruling 2008-17, Part I or Part II, are qualified countries.  A person residing in any of these countries, regardless of the type of exemption (treaty, diplomatic note or domestic law) that the country has, can be a qualified shareholder, provided he or she meets the residency requirements specified in the Section 883 Regulations.

The Section 883 Regulations set out two residency requirements.  The first specifies that the person is a resident of a qualified country only if he or she is “fully liable” to tax in that country and the person has a “tax home” there for at least 183 days in the tax year for which the company of which he or she is a UBO seeks exemption.  The definition of “tax home” includes both a “regular or principal” place of business test and a “place of abode” test.  The Regulations specifically disqualify persons who reside in a country on a “non-domiciliary” basis, that is, persons who pay tax only on income brought into a country, not on their worldwide income.

The Section 883 Regulations apply the “look through” rule by use of “constructive ownership” or attribution rules, that is, the regulations stipulate how ownership of an entity shall be apportioned.  In the simple case of a corporation, ownership is attributed based who owns its shares.  There are constructive ownership rules for partnerships, trusts and estates, taxable non-stock corporations, mutual insurance companies, non-government pension funds, and non-profit organizations.

The next article will discuss the substantiation and documentation of ownership requirements associated with Section 883 compliance.